The countries of Europe are mutually interconnected with regards to the national, state, supranational (the EU), political, religious, and cultural interests. Global economic influences and challenges, as well as migrations, impart upon them a special importance in the search for a successful resolution of the problems of future European coexistence and development.

Today, the countries of Eastern and Southeastern Europe are in this respect particularly burdened by the recent history of totalitarian regimes after the Second World War. The period of almost half a century of repression impacted their social systems and thought patterns, which still influence the processes of transition into liberal democracy. These processes have in the mentioned countries brought about different paths and sideways: they have not only induced tensions and digressions, but also stimulated good practices in the implementation of the democratic values of Europe.

The international conference entitled Europe East of West – 30 Years of Transition. Quo vadis? would like to contribute autonomous—internal as well as external—considerations of the countries of Eastern and Southeastern Europe, not only of their historical, cultural, political, and economic reality, but also of their potentials.

The conference is organized by: 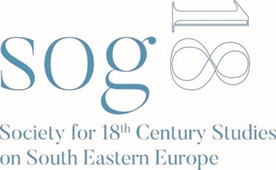 With the support of:

Institute Nova Revija for the Humanities